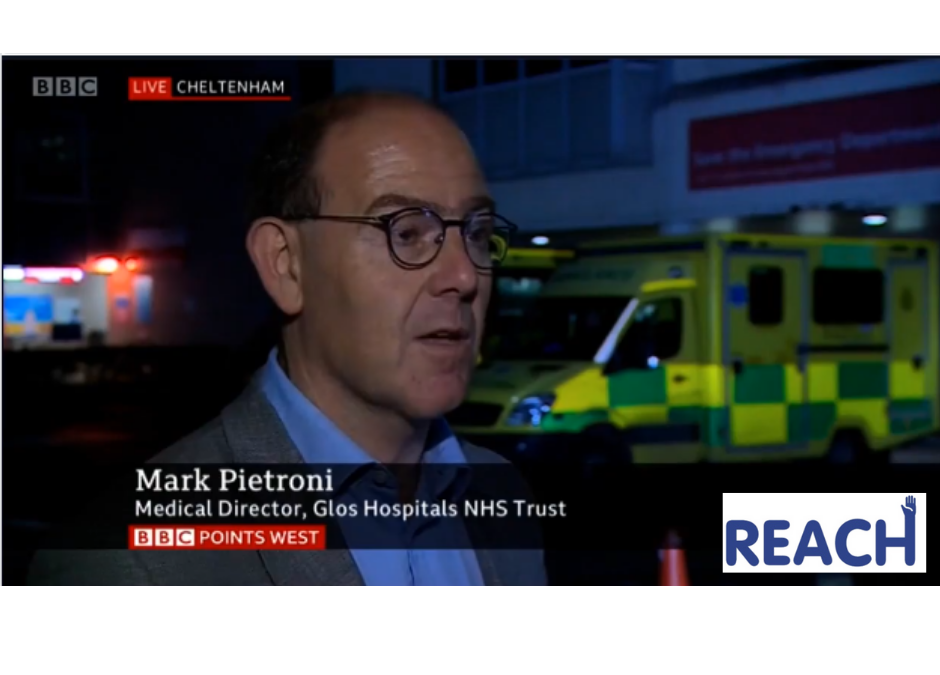 REACH welcomes this clarification and confirmation that A&E will remain in its current form and continue to provide the excellent service to residents of Cheltenham and the North & East of the county.

“We are pleased with the Trust statement that so unequivocally confirmed their commitment to maintaining the existing A&E in Cheltenham in its current form. This is what the REACH campaign has been seeking and to have it so emphatically answered in such a positive way is very satisfactory.

Our overwhelming feeling is one of relief. We spent an anxious 24 hours after the Secretary of State’s statement in Parliament informing us that Cheltenham’s A&E was saved from closure. The Trust issued a very ambiguous statement in response and, despite several opportunities throughout the day, failed to clarify their position. We look forward to our meeting with Trust managers on 25th November when we can discuss steps to restoring A&E to a full 24 hour operation as well as maintaining other services such as surgery to support the A&E Department.

This ends the 5 months of doubt and uncertainty over the status of Cheltenham’s A&E which started when One Gloucestershire launched its ‘Fit for the Future’ consultation. REACH looks forward to the outcome of the engagement exercise and will participate fully in the consultation exercise which will follow when the Trust presents their formal proposals for changes to the health service in Gloucestershire.”

Representatives from REACH presented their case to a panel at an Engagement Hearing yesterday concerning proposed changes to surgery at the Trust. These proposals represent a positive endorsement of the progress towards Centres of Excellence in Gloucestershire and REACH looks forward to discussing these proposals further through the Engagement process and the subsequent consultation exercise.

REACH was represented by:

Julius Marstrand BSc (Hons) MBA  – REACH Board Member. After a career as an engineer and change management specialist, he worked for 3 years as Chief Executive Officer of Gloucestershire Older People’s Association. He also served as a Public Governor on the Hospital Trust Council of Governors representing Cheltenham for over seven years.

Chris Hickey – REACH Board Member and was a Non-Executive Director in the NHS for 8 years firstly for Cheltenham & Tewkesbury Primary Care Trust and then for NHS Gloucestershire.