“Fit for the Future” – Explained 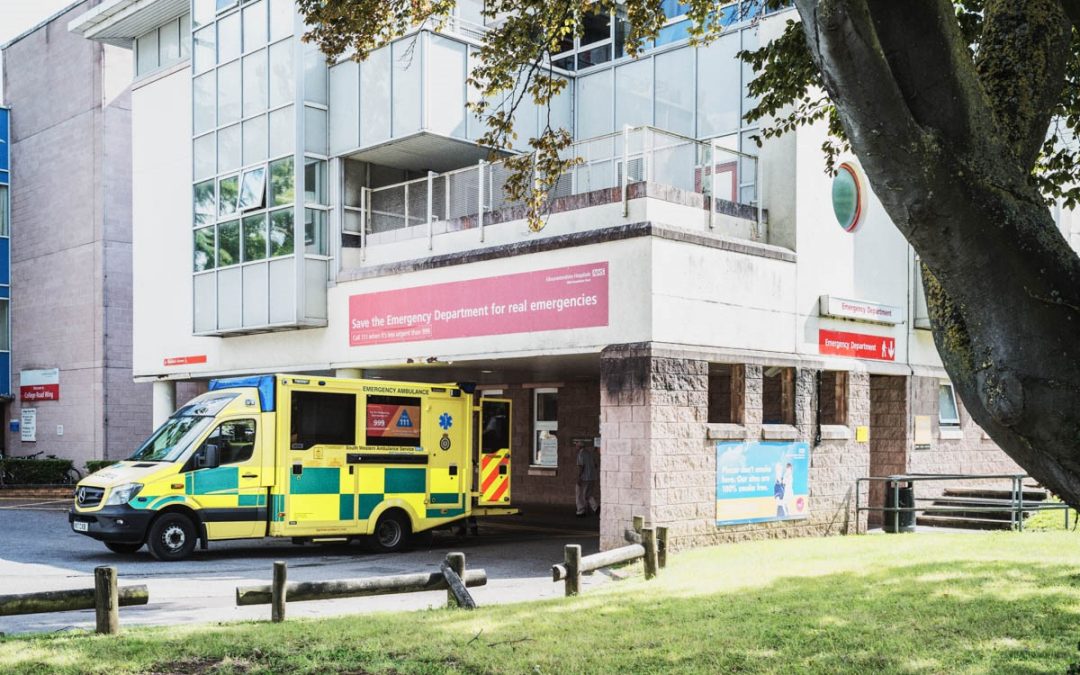 ‘One Gloucestershire’ is the working name given to the partnership between the county’s NHS and care organisations to help keep people healthy, support active communities and ensure high quality, joined up care when needed (their words not ours). One Gloucestershire has launched their “Fit for the Future” document and engagement exercise. You can access a copy of the “Fit for the Future” document here.

The “Fit for the Future” document asks the Gloucestershire public to consider changes to Accident and Emergency/Urgent Care, general and emergency surgery, interventional radiology and vascular surgery. REACH is gravely concerned at the potential for the document to mislead the public and consider that it acts as a smokescreen to hide the genuine intentions of the NHS Trust. Our experts have been through the document line by line and page by page to interpret the document and its contents and create this, which we are calling “Fit for the Future” explained. 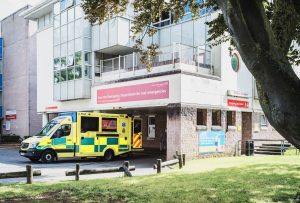 One Gloucestershire talks about a vision of “a healthy county with exceptional healthcare”. The reason for this discussion document is to talk about how they manage “urgent” care within the county.

They describe on page 7 their definitions of a difference between “Urgent care” and “Emergency care”. They suggest that “Urgent care” is an illness or injury, which requires attention on the same day, but is not a life-threatening situation. “Emergency care”, however, is classified as a life or limb threatening illness or injury, which requires rapid and intensive treatment.

On page 6, One Gloucestershire describe the current facilities available, including community pharmacies, online and telephone advice through the NHS at and 111 telephone service, GP surgeries, community health and social care teams, Minor Injuries Units, and the Two Major Accident and Emergency (A&E) Departments at Cheltenham and Gloucester.

One Gloucestershire state on page 2 that there is a need to change the way that “urgent care” services are provided in the county. The proposals enclosed in the document do not propose any changes in the vast majority of healthcare facilities.

The key part of this document can be found on pages 18 and 19. On page 18, One Gloucestershire describes the current provision of A&E services in the county with two full accident and emergency departments at Gloucestershire Royal Hospital (GRH) open 24/7 and at Cheltenham General Hospital (CGH) open seven days a week between the hours of 08:00-20:00 hours.

On page 19, One Gloucestershire state “What we need to consider changing”. In this particular section, they state that “We see both Cheltenham General and Gloucestershire Royal Hospitals continuing to provide a range of same day, walk in, urgent care services 24 hours a day, seven days a week for local patients.” Please note the fact that the emphasis in the proposed changes talks about “urgent care” at Cheltenham and Gloucester, as opposed to full accident and emergency departments. The suggestion that this would be a “same day, walk-in service” is contradicted elsewhere in their document where it says patients would have to book appointments.

Hidden in these pages is a clear plan to downgrade and close the Accident and Emergency Department at Cheltenham General Hospital, and replacing this with an “Urgent Care Centre”, which is manned by GPs, as opposed to specialist emergency doctors and nurses.

On page 10, One Gloucestershire have suggested a new framework for urgent and emergency care, which they have called ASAP. This stands for Advice and assessment, Same day, A&E, Personalised care.

Under Advice and assessment, One Gloucestershire are suggesting that sick patients with urgent problems should do one of the following:

– Going online to the NHS

– Making a phone call to your GP, 111, or 999 if you believe that this is a life-threatening emergency

– Visiting a service such as a pharmacy.

One Gloucestershire are therefore suggesting that you, the individual patient, should be making an assessment of yourself as to whether this is an “urgent care” problem or an “emergency” problem. How an individual member of the public can decide between “urgent” or “emergency” problems is unclear. Experienced consultants have told REACH that it is usually impossible to decide whether an individual patient requires emergency care for a life-threatening illness or a less serious “urgent care” problem, without actually seeing the patient.

What to do if you decide you require “urgent care”

If you, a member of the public, decide that you have a problem requiring “urgent care”, you will have to attend an “Urgent Care Centre”, staffed by GPs and not specialist doctors or nurses. Page 13 of this document states that you will be able to have a “booked same-day appointment for urgent treatment”. Please note the fact that you will have to book this appointment, and you will not be able to walk in, as one can in a full Accident and Emergency Department.

On page 11, One Gloucestershire state in the A&E section that only “Around 100 people a day would have a life and limb threatening emergency and would need to access an Emergency Department (A&E).”

However, the NHS England statistics for Accident and Emergency Attendances released recently for July 2019 (i.e. in a single month) showed that 14,066 people attended the A&E departments at Gloucestershire Royal and Cheltenham General Hospitals. This is equivalent to over 450 A&E attendances on an average day and this is not even during the “Winter Pressure” period. As mentioned earlier, One Gloucestershire stated on page 9 that one third of patients attending A&E could be treated by a different NHS service. Hence, two thirds of patients attending A&E have done so appropriately. Given the NHS England statistics, this would in fact mean that over 300 patients a day would need to access an A&E Department, rather than the 100 stated on page 11 of this booklet.

One Gloucestershire has spent a considerable amount of time researching and producing the information for this booklet. There is clearly a major inconsistency in the data being presented to the public in this engagement process. By misrepresenting the perceived need for A&E services, this proposal by One Gloucestershire is misleading, and understates the real need for two thriving A&E Departments in Gloucester and Cheltenham.

Things they think are important

On page 13, One Gloucestershire talks about some of things, which they think are important. They state that the majority of people should be able to drive to a centre within 30 minutes. The NHS 99 bus service, which gets priority access on the bus lanes during rush-hour, takes more than 30 minutes to travel from Cheltenham to Gloucester at all times during the day. Patients living further east or north of Cheltenham will take even longer to access the only Accident and Emergency Department left in the county at Gloucester, if these proposals are approved. Therefore, this claim by One Gloucestershire that the majority of people will be able to access the centre within a 30 minute drive is inaccurate and untrue.

REACH believes that One Gloucestershire have failed to be open and transparent with their plans for Accident and Emergency services in Gloucestershire. Within this glossy brochure, the following proposals and information have not been made clear to the public in Gloucestershire:

General surgeons are specialist surgeons, who form the surgical backbone for every General Hospital. They are trained in a wide variety of surgical specialties, including all forms of bowel surgery (including gullet, stomach, small and large intestine), vascular surgery (arteries and veins), breast surgery, endocrine surgery (e.g. thyroid gland disease) and sometimes urology (kidney, bladder, prostate).

This comprehensive training gives general surgeons a wide range of skills, which are needed for their role as emergency surgeons. General surgeons are able to deal with a wide variety of emergency problems, such as internal bleeding, bowel perforation, peritonitis, stab injuries, and other life-threatening problems. Whilst some of these emergencies arrive through the front door of a hospital via an ambulance, sometimes existing inpatients within a hospital can also develop life-threatening surgical condition.

The only significant inconsistency is the fact that patients admitted with inflamed gallbladders cannot always have gallbladder surgery during the same emergency admission on both sites. This did occur at both Cheltenham and Gloucester until recently, when the Trust failed to replace a gallbladder (Upper GI) surgeon at Cheltenham, and instead appointed a replacement to work at Gloucester. This “national standard” for gallbladder surgery in emergency patients could be easily met by scheduled operating lists occurring at Cheltenham General, using a Gallbladder (Upper GI) surgeon from Gloucestershire Royal.

The plan for general surgical emergencies 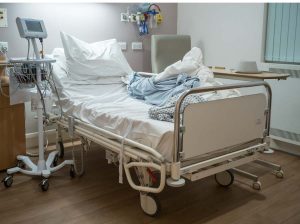 In addition, the resident middle grade surgical doctors at Cheltenham are integral to the ongoing out of hours care and emergency admissions for urology, vascular surgery and gynaecology cancer surgery patients at Cheltenham. These latter three services are regional services, serving Gloucestershire, Wiltshire, Herefordshire and South Worcestershire. If the middle grade general surgical doctors are removed from Cheltenham, the safety of these other surgical services is jeopardised.

Interventional radiology is a recent development over the last 30 years. Radiologists are x-ray specialists, who perform and interpret x-rays and body scans. About 30 years ago, some radiologists developed special skills, which allowed them to insert tubes or other devices into the body under ultrasound control. Initially, this type of procedure would typically involve draining some form of infection or abscess within a body cavity or from a blocked kidney.

Subsequently, these techniques were taken up by cardiologists (heart specialists), who have revolutionised the care of patients with angina and heart attacks. Many patients can have the arteries in their heart reopened by the use of so-called “stents”, instead of having a traditional open-heart operation.

More recently, these techniques have been subsequently adopted by vascular surgeons, who treat blocked arteries in the trunk and limbs, as well as aneurysms (arteries, which are swelling and sometimes splitting). As a result, some surgeons have adopted these techniques, which has led to the term image guided interventional surgery.

Approximately 5 years ago, Gloucestershire Hospitals NHS Foundation Trust invested £2.5 million at Cheltenham General Hospital. This money was used to build a new state-of-the-art hybrid interventional radiology/vascular operating theatre at Cheltenham. This facility is widely used by the vascular surgery service, which was centralised at Cheltenham five years ago.

Interventional radiology procedures are performed by radiologists at both Gloucestershire Royal and Cheltenham General Hospitals.

This would mean that the £2.5 million of taxpayers’ money invested into the hybrid interventional radiology/vascular operating theatre only five years ago at Cheltenham General Hospital would be wasted.

In addition, the oncology and urology services at Cheltenham General Hospital require regular assistance from interventional radiologists for patients with sepsis, often due to blocked kidneys and bile ducts. These patients can become very sick, and the removal of an interventional radiology service from Cheltenham General Hospital will place the sick patients at even greater risk. These patients will likely require urgent ambulance transfer to Gloucestershire Royal Hospital where they will no longer be looked after by the specialist urologists or oncologists, who care for them in Cheltenham.

We hope that you found our interpretation and explanation of the Fit for the Future document to be useful. We have our own survey to contribute a greater level of insight to the engagement process. Please complete it.