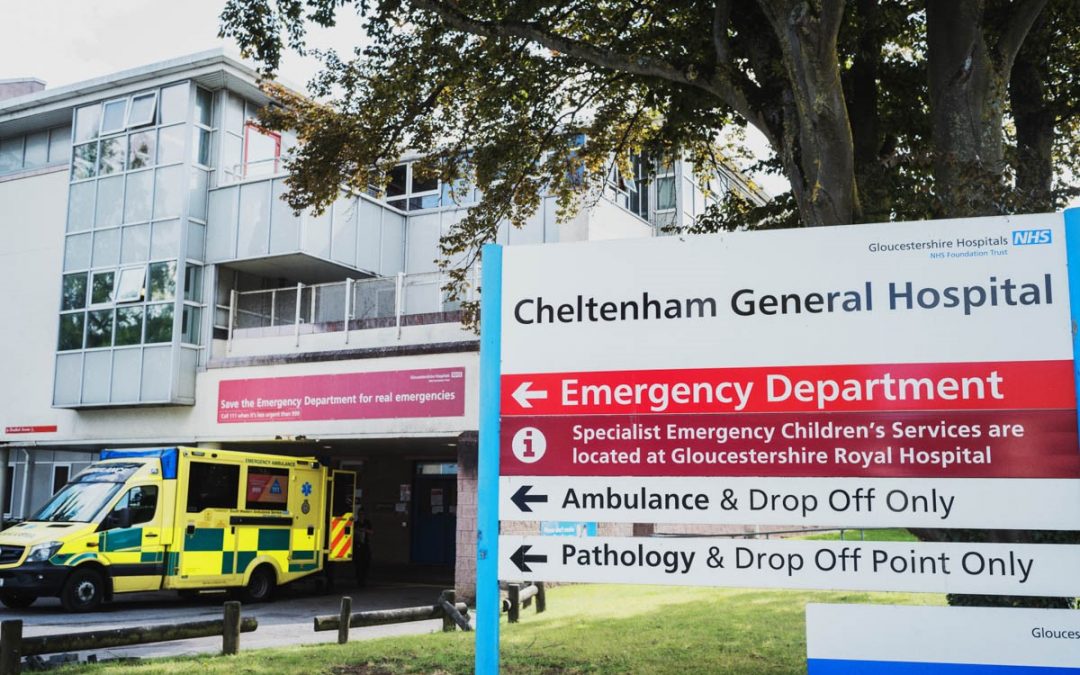 Restore Emergency at Cheltenham General Hospital (REACH) Chairman Michael Ratcliffe has written to the Gloucestershire Hospitals NHS Foundation Trust to congratulate all the local NHS Staff on their handling of the COVID 19 Crisis.

In the letter sent to the Trust today (the text in full is contained with Editor’s Notes and it is timed so that it can be considered by the Trust Board on Thursday), REACH have also acknowledged the sound reasoning behind temporary service changes to allow the Trust to as safely as possible restart planned surgery in the County.

However, in the letter to the Trust, REACH has called on it to confirm following the Trust’s Board Meeting tomorrow that all the services moved away from Cheltenham will be restored once the Covid-19 crisis is over.

“We want on behalf of REACH and the wider public of Gloucestershire to thank all of the NHS staff for their tireless efforts in helping to treat local patients with COVID-19. This has required much dedication and bravery from front-line staff, and we have been delighted by the many excellent outcomes for COVID patients admitted to the County’s two hospitals and intensive care facilities. Our deepest sympathies go to all those who have lost their family members and loved ones”

“One of the main emergency measures includes transferring all 999 and GP emergency referrals to Gloucestershire Royal A&E, with a temporary downgrading of Cheltenham General’s A&E to a walk-in Minor Injuries Unit. On 11 May 2020, the Trust confirmed that Cheltenham’s A&E will be restored to a full Type 1 A&E, when the COVID crisis is over. However, we were very concerned to hear the Medical Director of GHNHSFT, Mark Pietroni, declining to confirm this on the BBC Radio Gloucestershire Breakfast Show earlier today.”

“In addition as part of the temporary emergency measures we understand acute general medicine, and emergency general surgery have been centralised to Gloucestershire Royal. For the sake of complete clarity and to re-assure the general public, we have asked the Trust to confirm following the Trust’s Board Meeting tomorrow that full Type 1 A&E, emergency medical and surgical services will be restored to Cheltenham General when the crisis has abated, so that the Cheltenham Type 1 Accident and Emergency Department may once again become fully supported and operational”.

1. Text of email to Simon Lanceley, Director of Strategy and Transformation:

Thank you very much for your email and enclosed press release, which you sent to us on Sunday evening.

Firstly, we would like to take the opportunity, on behalf of REACH and the public, to thank all of the NHS staff in Gloucestershire for their tireless efforts in helping to treat local patients with COVID-19. This has required dedication and bravery from front-line staff, and we have been delighted by the excellent outcomes for COVID patients admitted to the County’s two hospitals and intensive care facilities.

After the suspension of much elective activity for the last two months, we understand perfectly the desire from the NHS to restart planned surgery in a safe manner. Gloucestershire is very lucky in having two excellent district general hospitals, which serve its community so well.

Your proposal for temporary measures to make Cheltenham General a “Green” site with Gloucestershire Royal being mostly “Red” during the remainder of the COVID crisis seem eminently sensible in the circumstance. We understand that you propose to move almost every elective surgical specialty to Cheltenham, whilst maintaining Gloucester as the main receiving COVID and emergency centre for the county.

With respect to the two Emergency Departments, we understand that you are proposing to change temporarily Cheltenham General’s ED to essentially a Minor Injuries Unit, which would not admit emergency patients into Cheltenham; any such patients requiring emergency admission would be transferred to Gloucestershire Royal. Your email does not detail the opening times for the temporary arrangements at the revised Cheltenham General ED. We have heard that the temporary arrangements might include closing the Cheltenham General ED at some point during the night; some clarity regarding this would be helpful.

REACH would be happy to support your temporary proposals outlined above, in your quest to restore elective services to the people of Gloucestershire. We have noted that you plan to review these temporary arrangements after three months. Whilst the Media Release on 11 May 2020 has stated that One Gloucestershire is publicly committed to the continuation of a full Type 1 A&E Department at Cheltenham General Hospital, we were very concerned to hear that the Medical Director, Professor Pietroni would not confirm this on BBC Radio Gloucestershire this morning 13 May 2020. As part of the temporary emergency measures, acute general medicine, and emergency general surgery have also been centralised to Gloucestershire Royal.

For the sake of complete clarity and to re-assure the general public, we would be grateful if you would discuss our concerns at the forthcoming Board Meeting on Thursday and confirm that the type 1 Accident & Emergency Department, emergency medical and surgical services will be restored to Cheltenham General after the crisis has abated, so that the Cheltenham Type 1 Accident and Emergency Department can continue with appropriate support in the longer term.

We look forward to hearing from you in due course as part of the continuing relationship between the NHS and the local community.